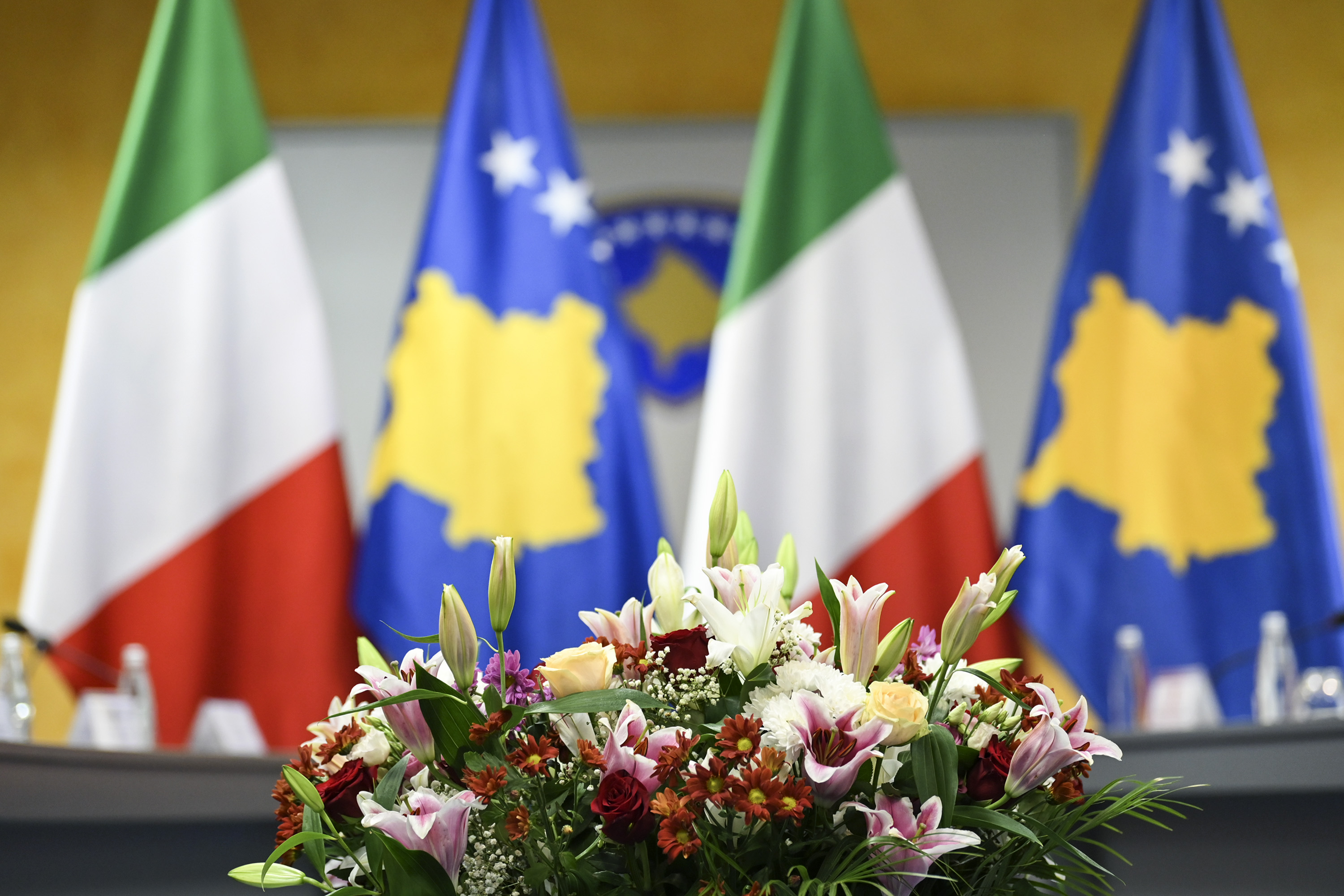 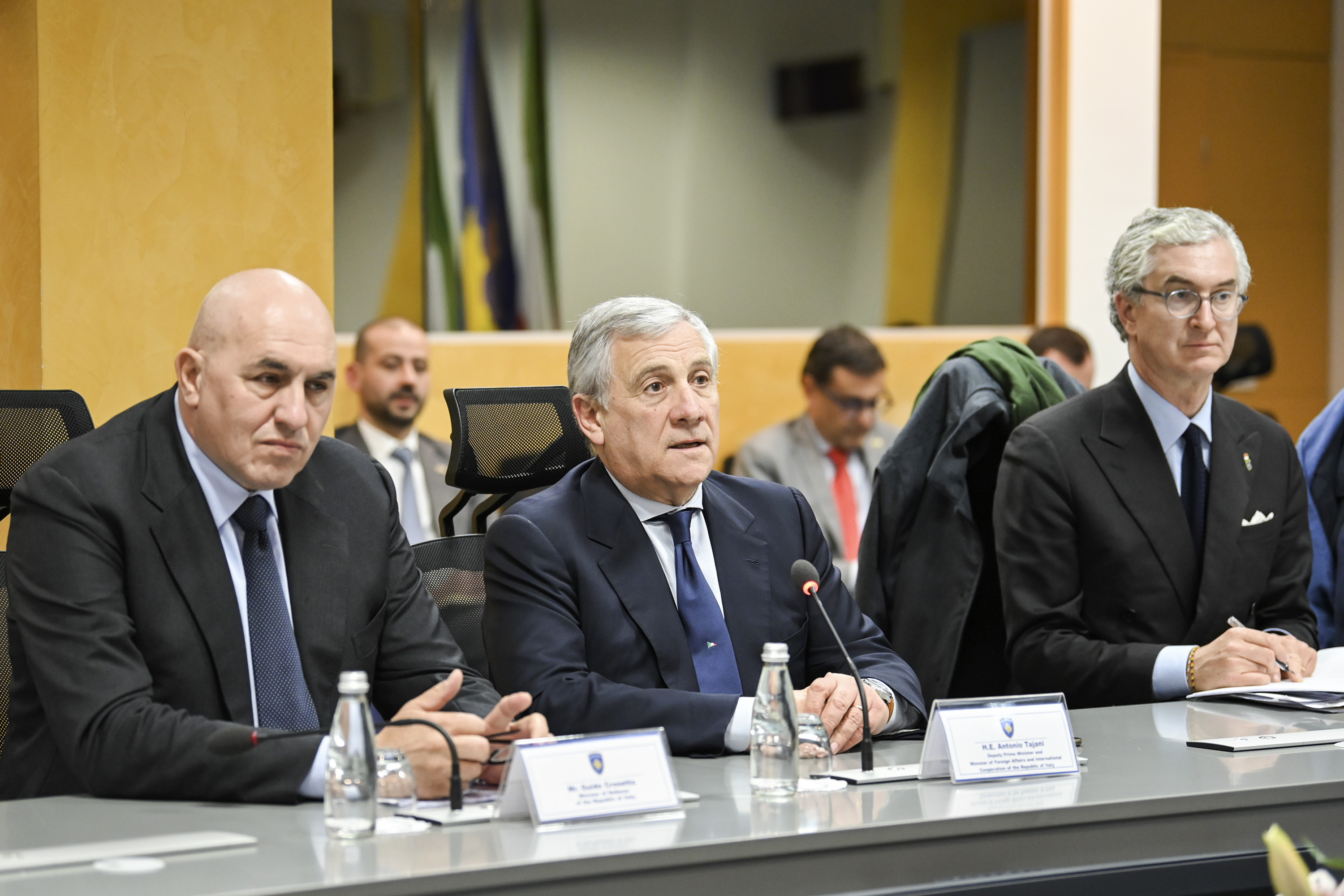 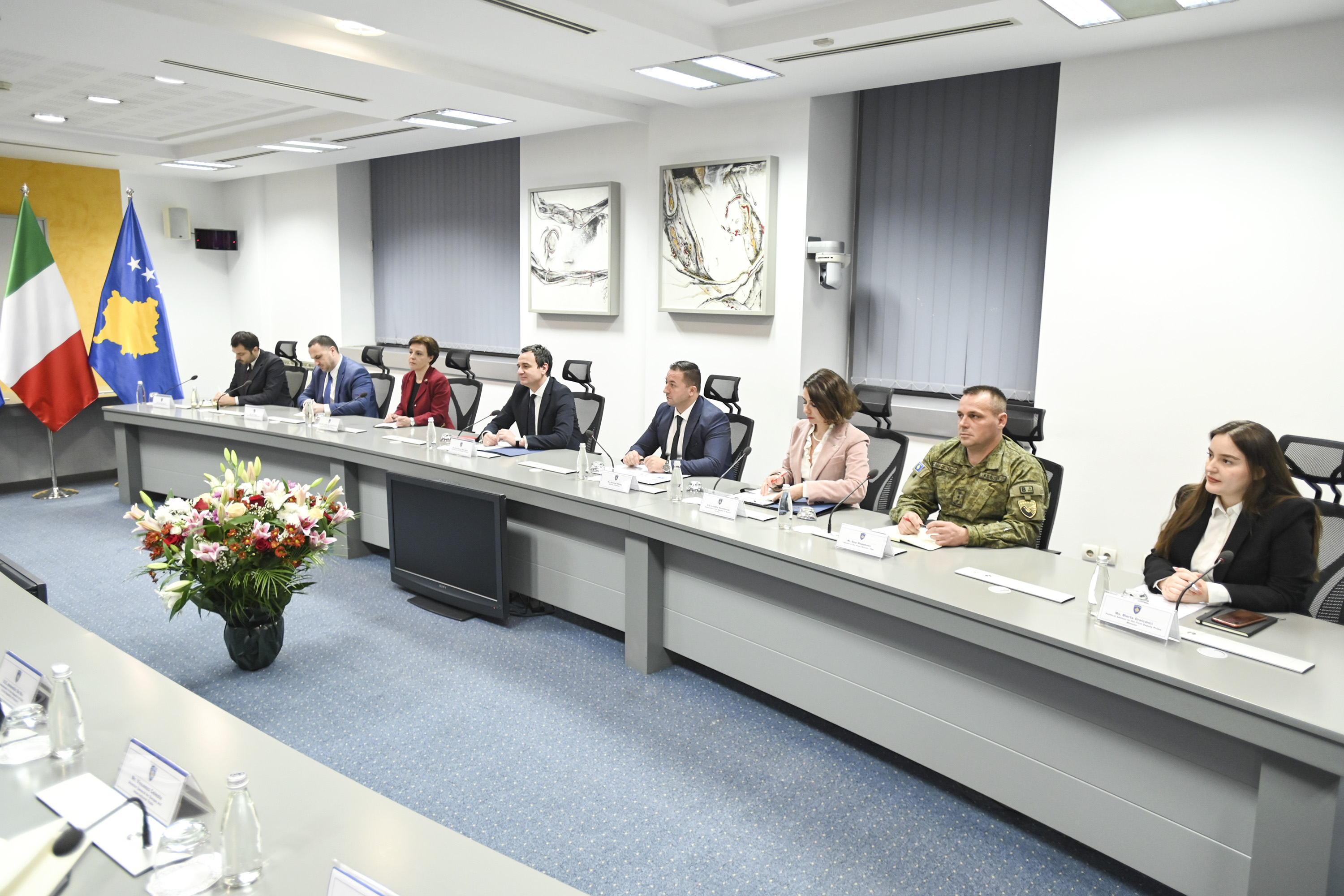 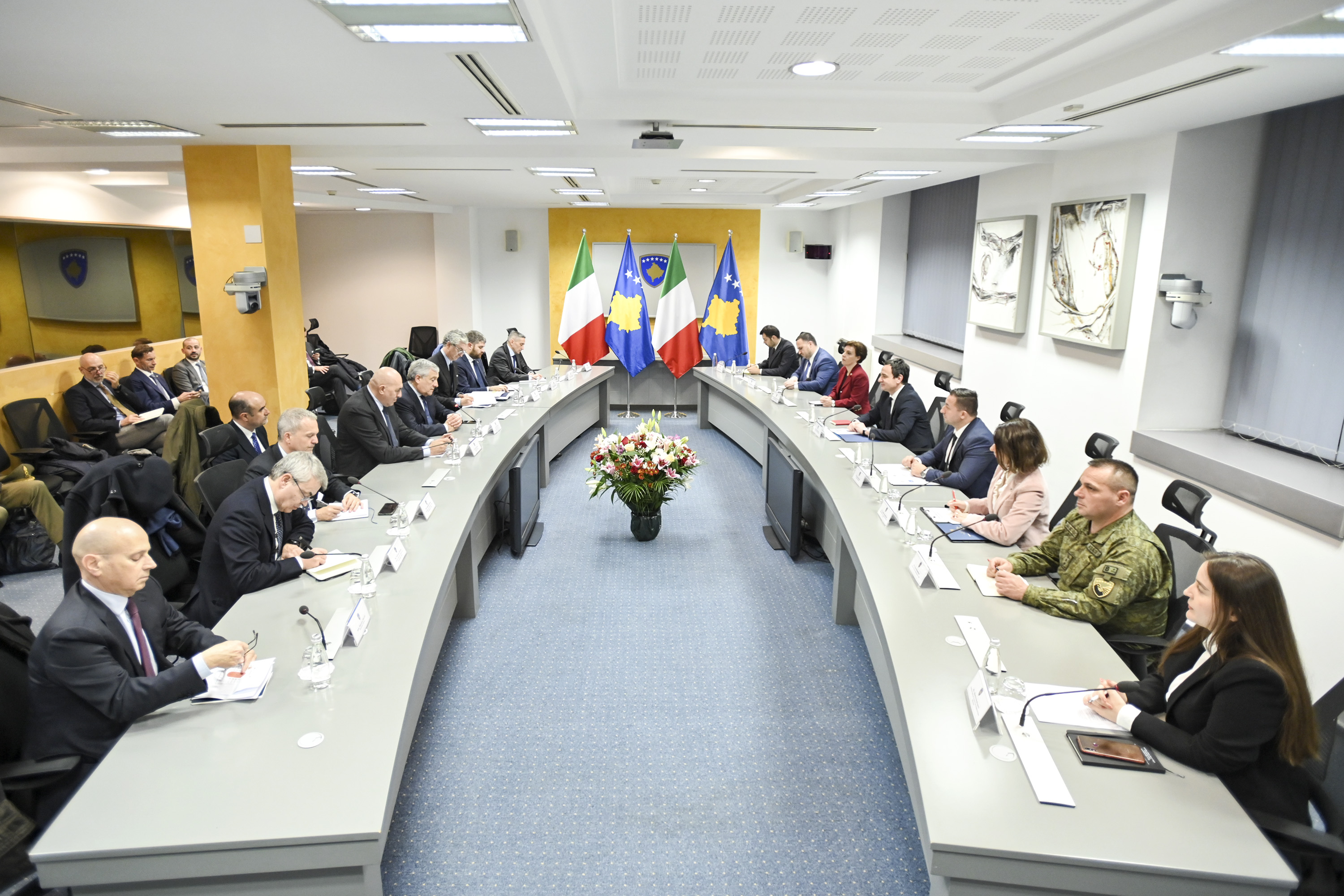 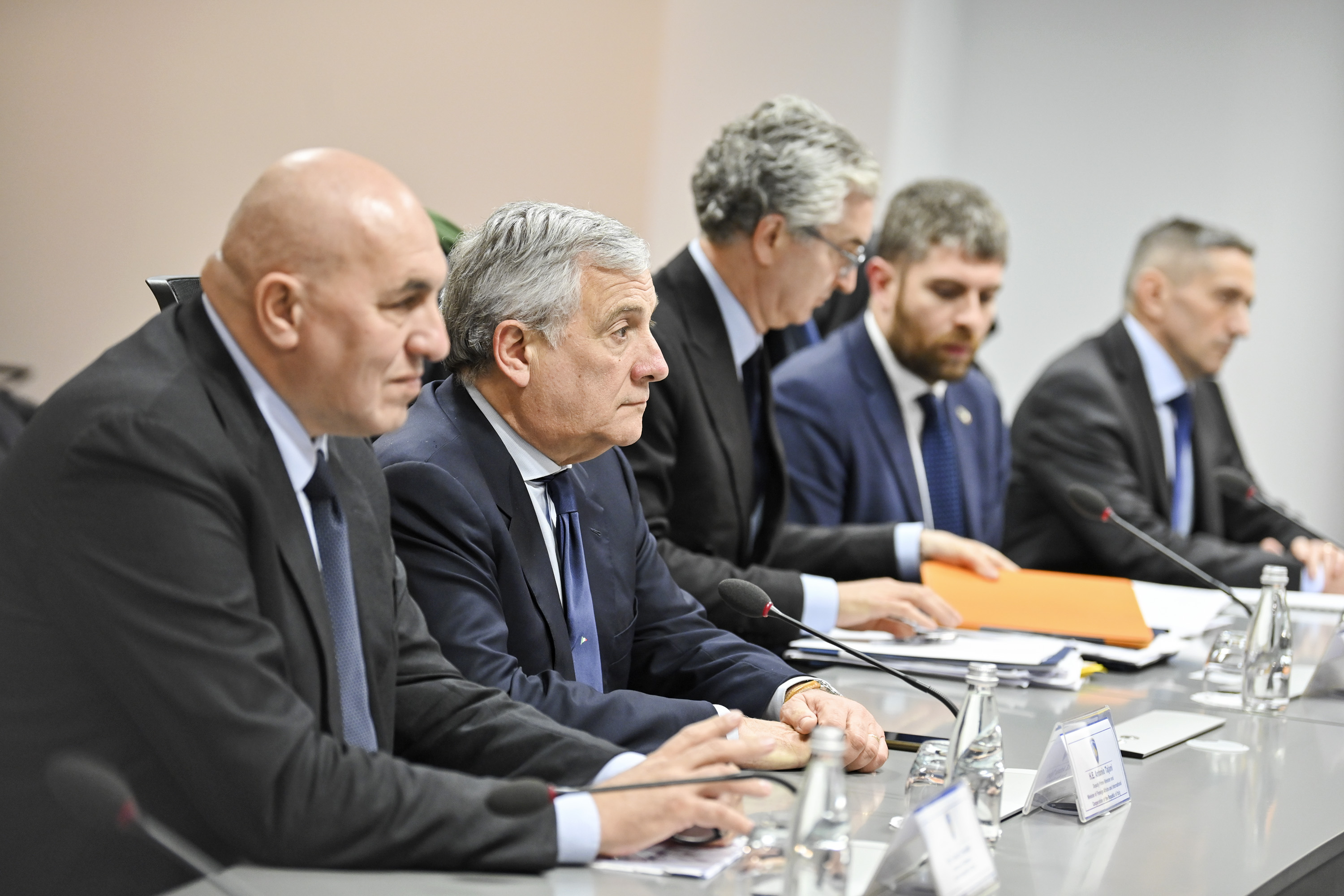 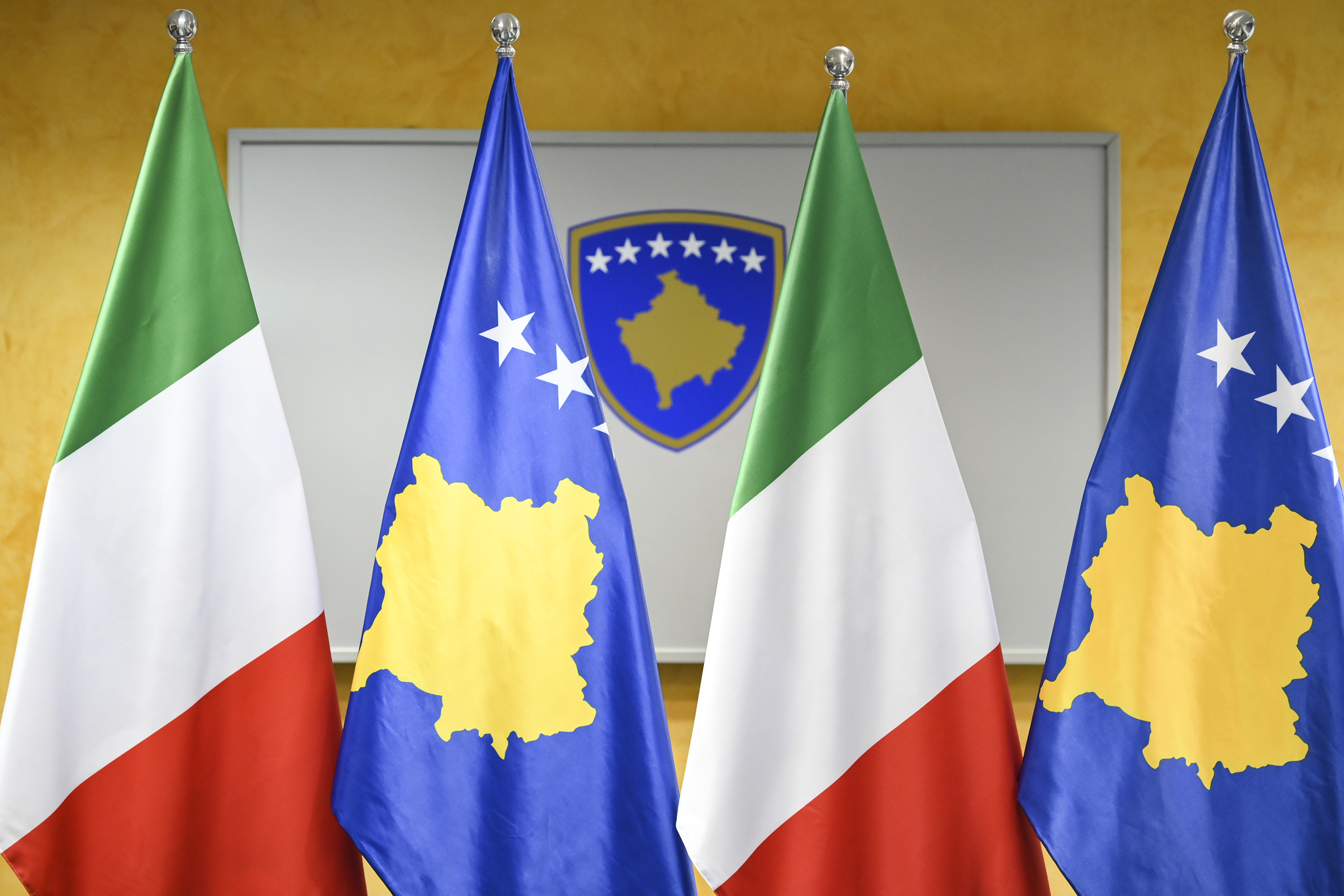 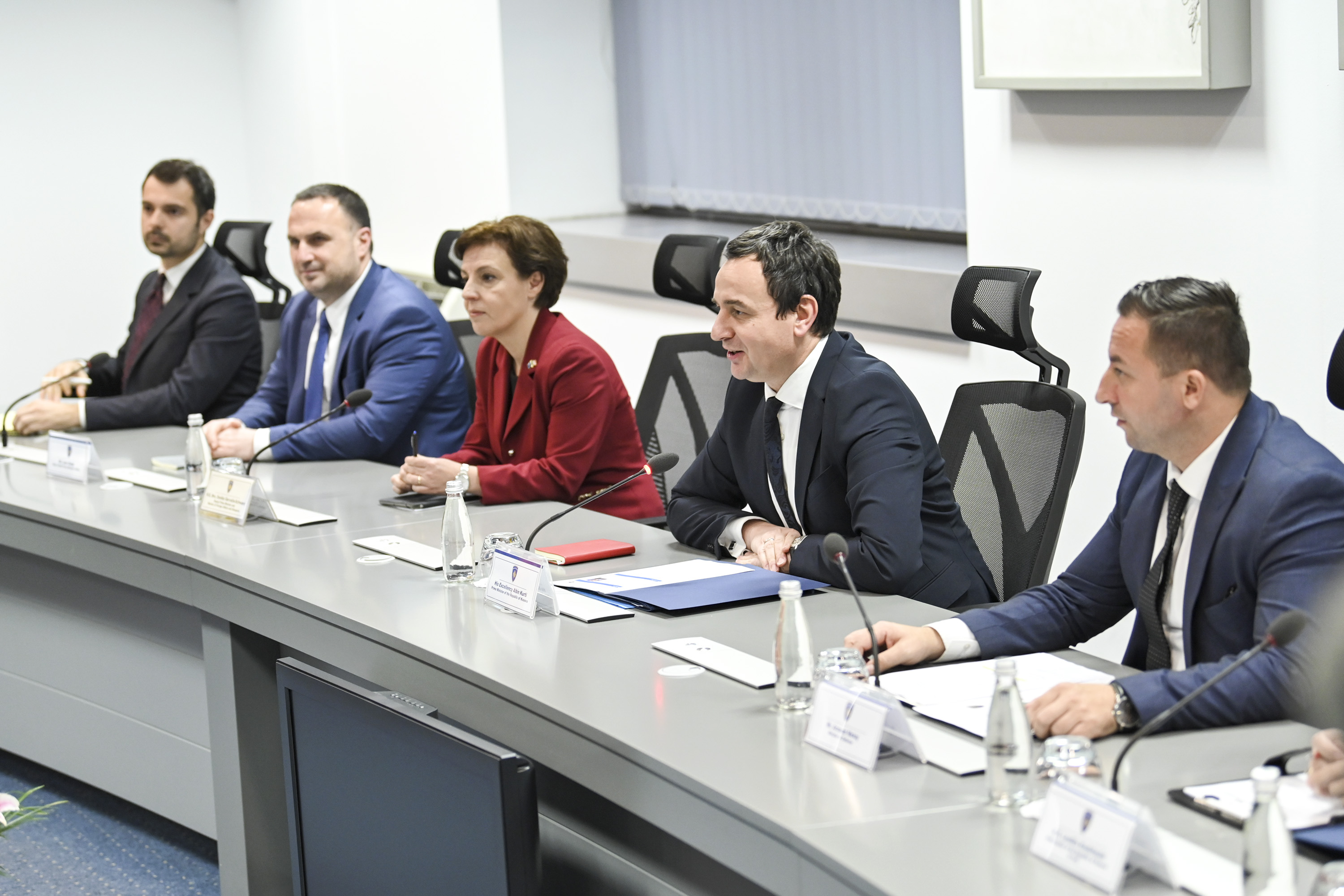 In his welcome, Prime Minister Kurti said that Kosovo and Italy have excellent relations in the field of economy, trade, culture, security and defense and that he is ready to work together to strengthen them in the service of common interests.

He expressed his gratitude and that of the Republic of Kosovo for the early and continuous contribution of Italy in various forms throughout all phases of the new history of the Republic of Kosovo. He informed them of the latest developments in the country, the country’s economic performance, with emphasis on the economic growth recorded in 2021 and 2022 and the positive trend of exports and foreign investments, and on reforms in the field of justice and the rule of law. Also, Prime Minister Kurti underlined Kosovo’s plans for applying to the European Union before the end of this year and the intentions to be part of the NATO Partnership for Peace program, as well as reiterated Kosovo’s application to the Council of Europe within the value and diplomatic orientation of the Republic of Kosovo.

The Deputy Prime Minister, at the same time the Minister of Foreign Affairs and International Cooperation, Antonio Tajani, thanking for the welcome, said that the visit of the Italian Government delegation today is an expression of Italy’s strongest commitment to the Western Balkans. He expressed Italy’s commitment to contribute to development, security and stability in the region, as Defense Minister Crosetto provided Italy’s support and assistance to Kosovo on its way to the European Union and NATO.

During the meeting, the relations between Kosovo and Serbia, the latest developments in the dialogue process and yesterday’s meeting in Brussels were discussed. Regarding the latter, Prime Minister Kurti informed Deputy Prime Minister Tajani about the agenda of the meeting at the invitation of the High Representative of the European Union for Foreign and Security Policy, Josep Borrell, the positions held and the proposals given in the six meetings on the 21 November, and for today’s decision to postpone for 48 hours, at the request of the United States of America, the implementation of the second phase of the decision on illegal license plates.

Prime Minister Kurti welcomed Italy’s increased interest and commitment to our region, expressing his willingness to respond positively to an invitation within the official Rome plans to invite the leaders of the Western Balkans to a joint organization.